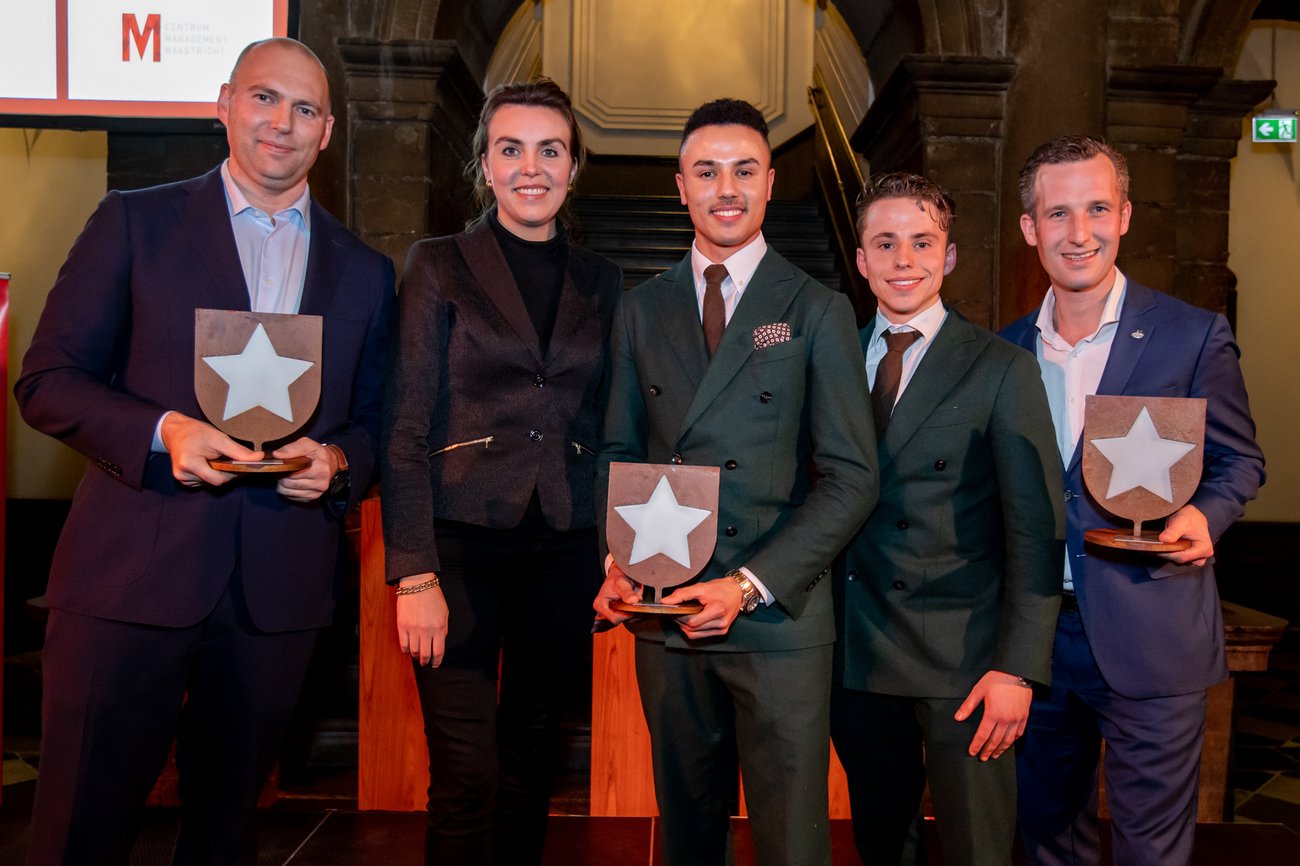 FI&S is flourishing. The company is growing and is ready for the future. "Our entire focus is on growing our business in the meat, fish and vegetarian markets. We're working on innovative new ingredients and products that we’re developing in joint projects, new joint ventures and strategic partnerships.”

The Maastricht Awards also brought FI&S into contact with Soup Bros, which received the Award for the best start-up company. "We're advising Soup Bros on how to improve their products and make them even safer. We're happy to help them take their business to the next level.” And Soup Bros has gained a new client. "FI&S has asked us to prepare a healthy lunchtime soup every week for their 40 employees," says Kariem El Kenawi, co-founder and owner of Soup Bros. Stadsbrouwerij de Maastrichter Maltezer, winner of the Hospitality Award, has also been able to help Soup Bros attract new clients. "We’re talking about companies that organise outings in the city," says Tom de Lepper of Maastrichter Maltezer. We hope that there will be some cross-fertilisation and that those companies will come to us as well."

The Award winners are receiving considerable media coverage, but it doesn’t stop there. "It's not as if we immediately had a stampede of new clients," Tom says, "but we were invited to a dinner during the InterClassics auto show at the MECC, and that’s where we met the Maastricht Business Team. We talked to them about the possibility of serving our Maltezer dark ale at municipal receptions or other occasions organised in Maastricht's Town Hall.”

Soup Bros met renowned chef Soenil Bahadoer at the same InterClassics dinner. "We arranged a meeting and now we're working together," says Kariem. “Starting 1 March, our new Platinum Edition – our most exclusive soup – will bear Soenil Bahadoer's signature. We’re also talking to the director of Hotel Management School Maastricht about selling our soups in their cafeteria." Soup Bros has recorded a substantial increase in both revenue and profits since its launch in September 2019. “We're delighted that our concept is catching on and that we're attracting more and more customers. Some people come almost every day to enjoy our soups."

The bestowal of the Maastricht Awards demonstrates the City's pride in the three companies. In turn, the winners are excellent publicity for Maastricht. "There's nothing we like more than to show customers from all over the world the beauty of Maastricht when they visit us," says Noud. “And thanks to our partnership with Vino & Friends, we can offer them a unique culinary experience, concluding with an enjoyable tour of the city." Maastrichter Maltezer also organises tours of discovery around the city in cooperation with companies, events agencies and Maastricht Marketing. The tours lead visitors past various catering establishments, which is naturally good for their business.

The three business owners are confident about the future. If it’s up to them, Maastricht will be hearing a lot about their companies from now on. “We love Maastricht with all our hearts and we’re proud to be located in this city.”